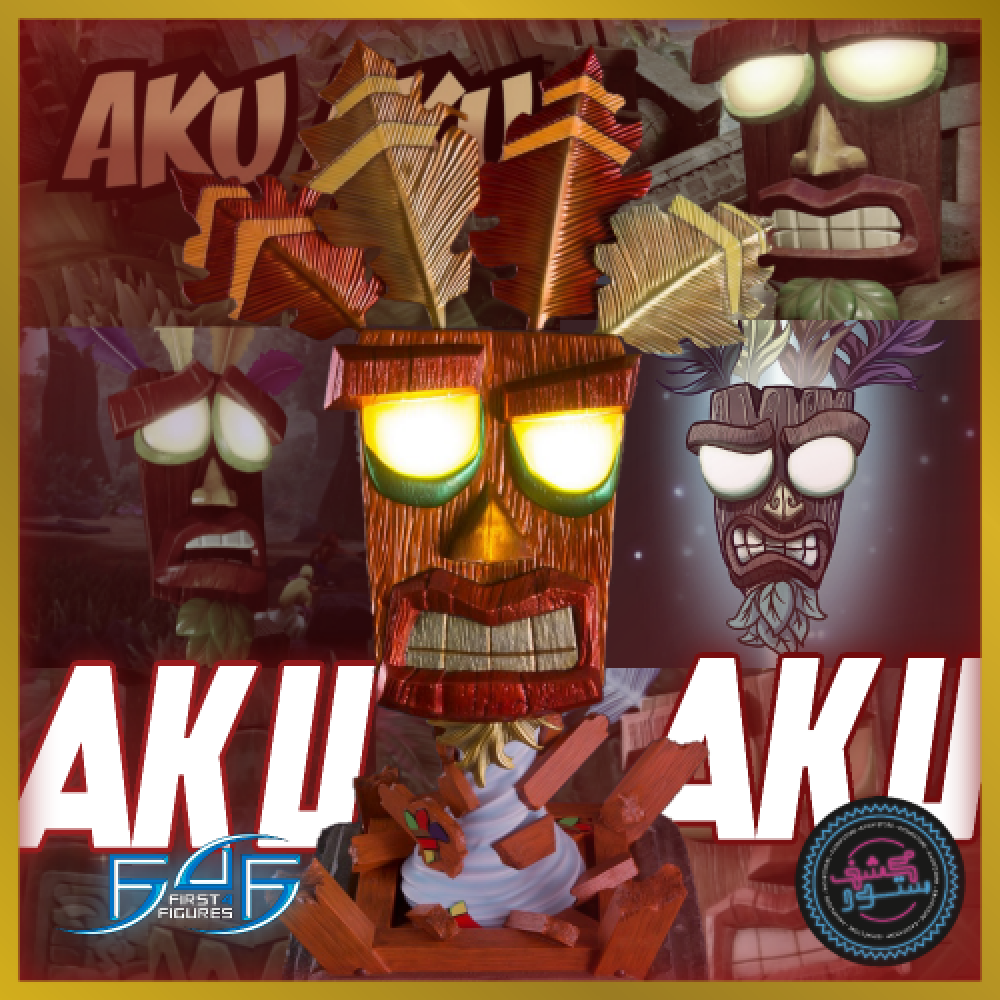 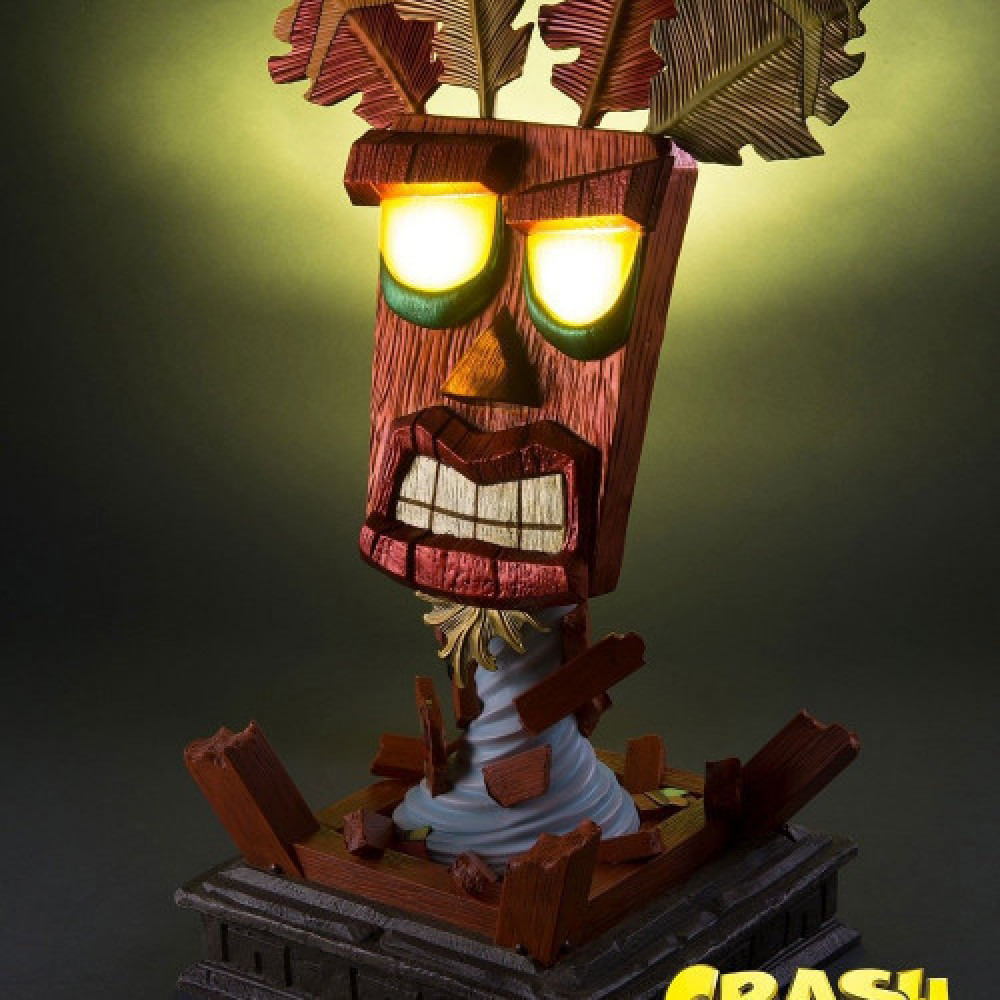 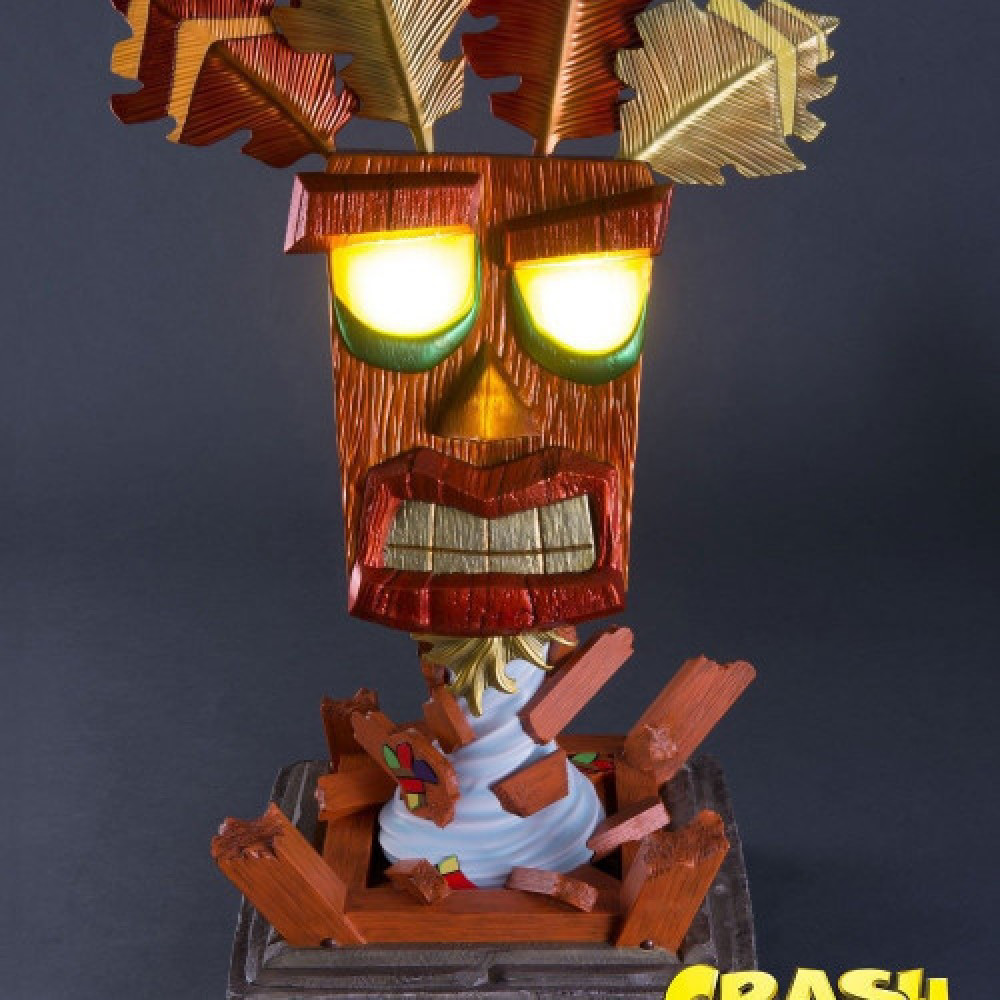 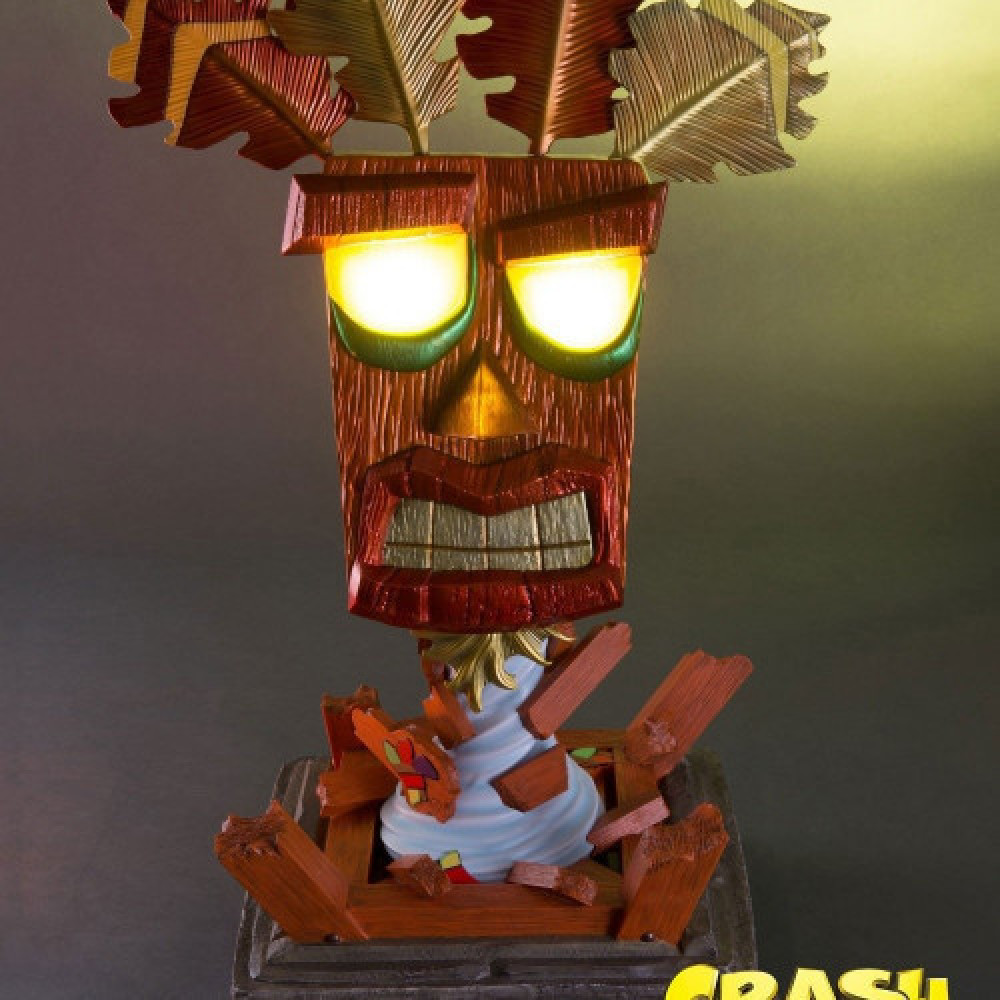 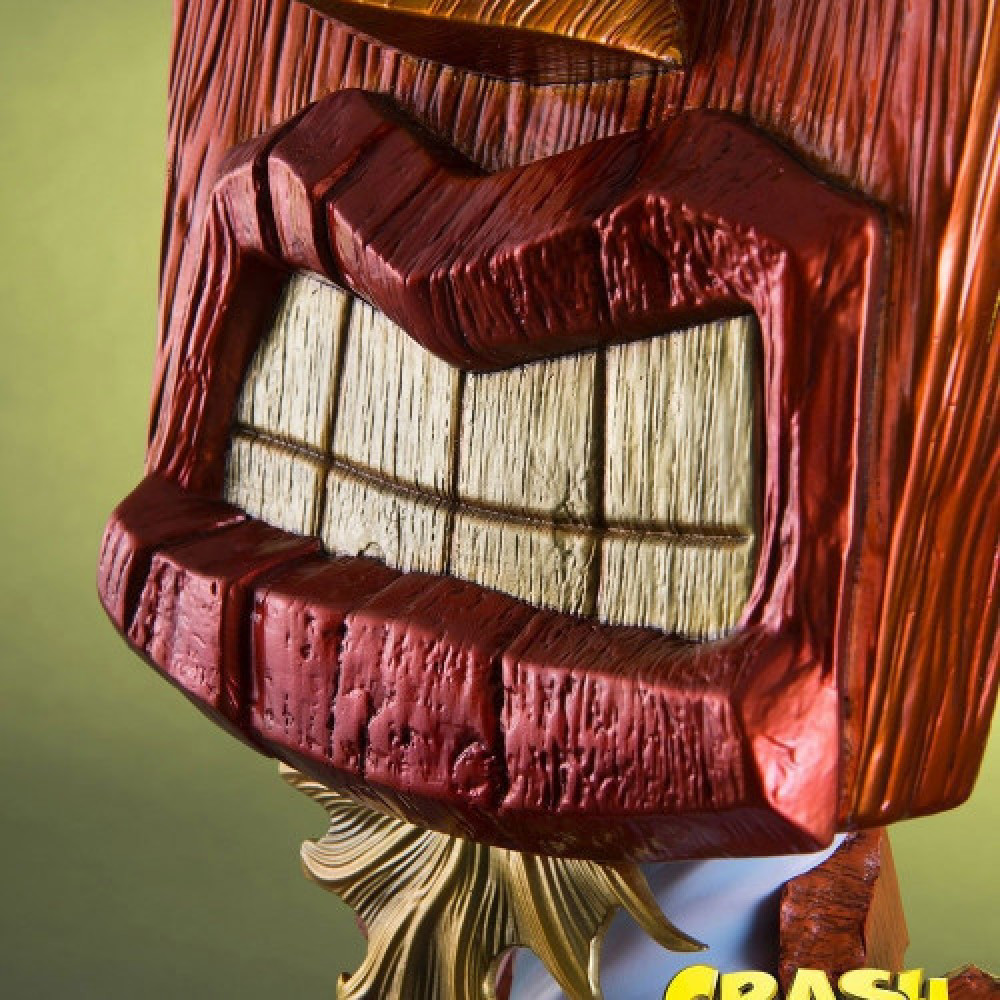 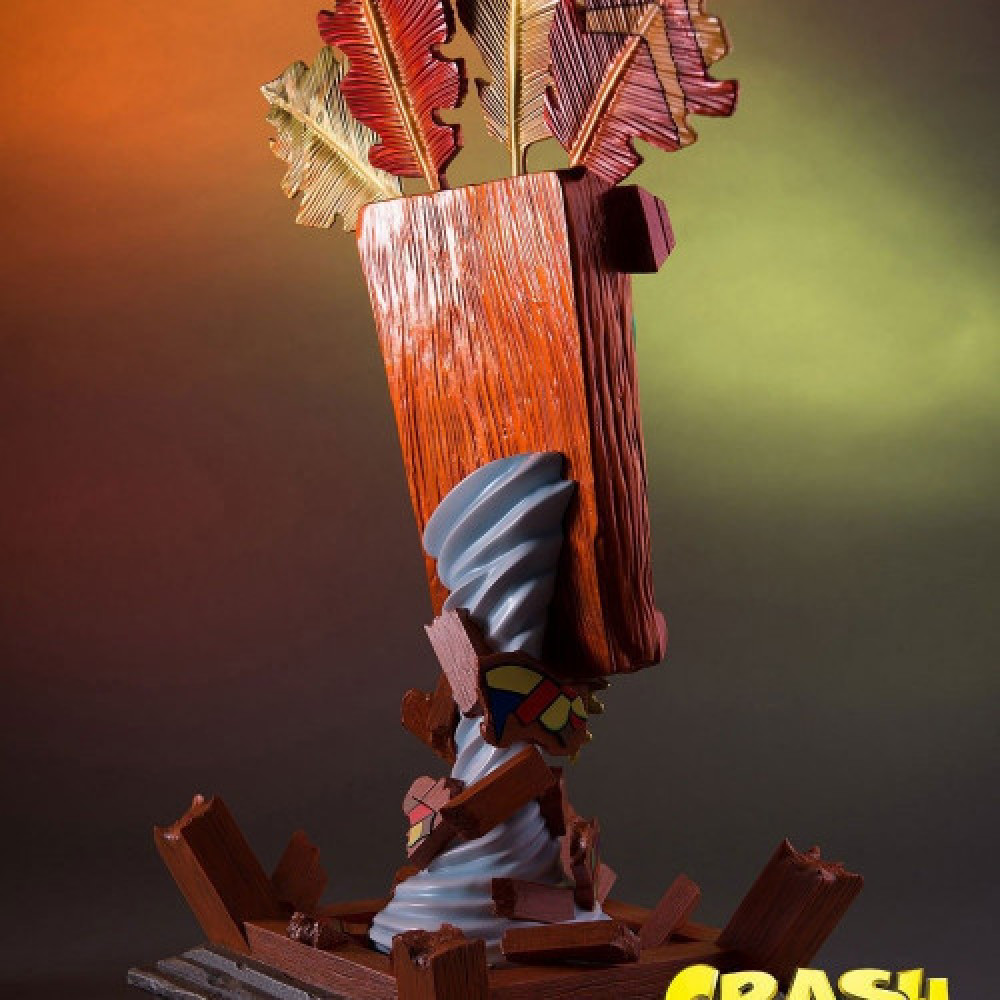 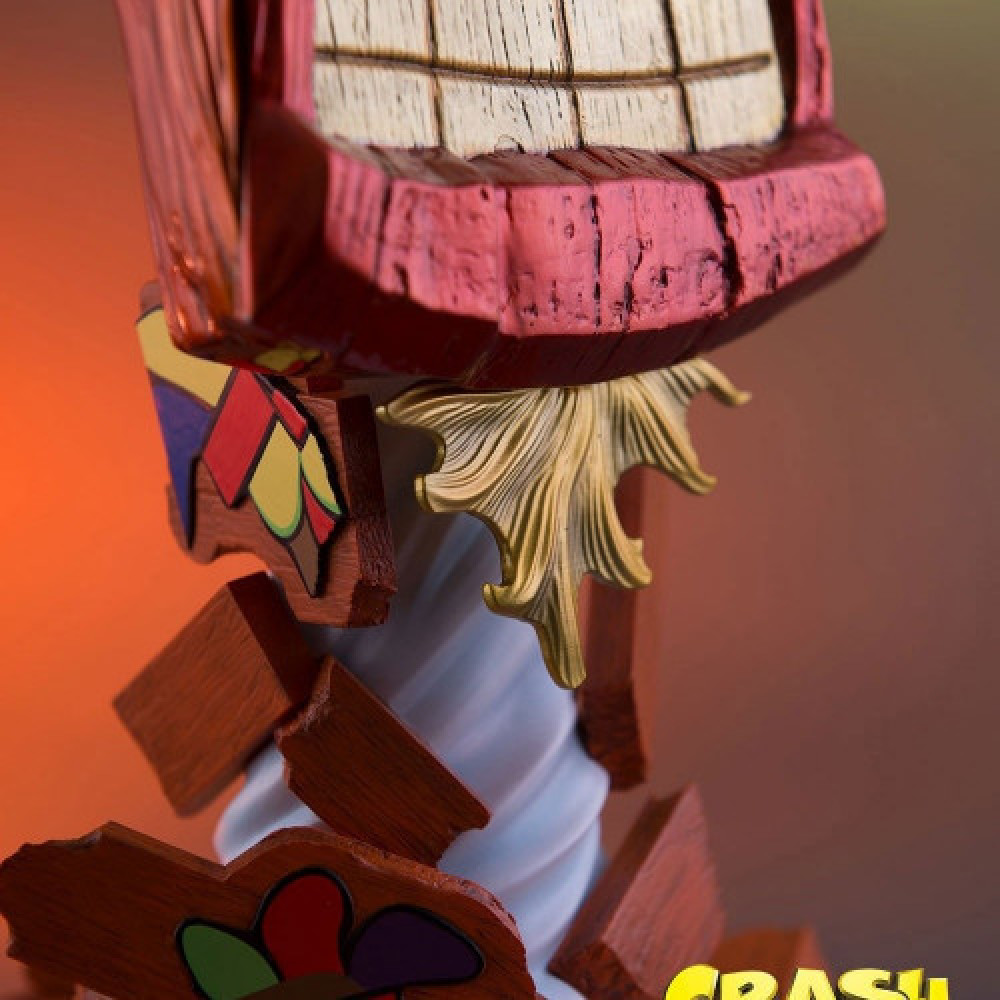 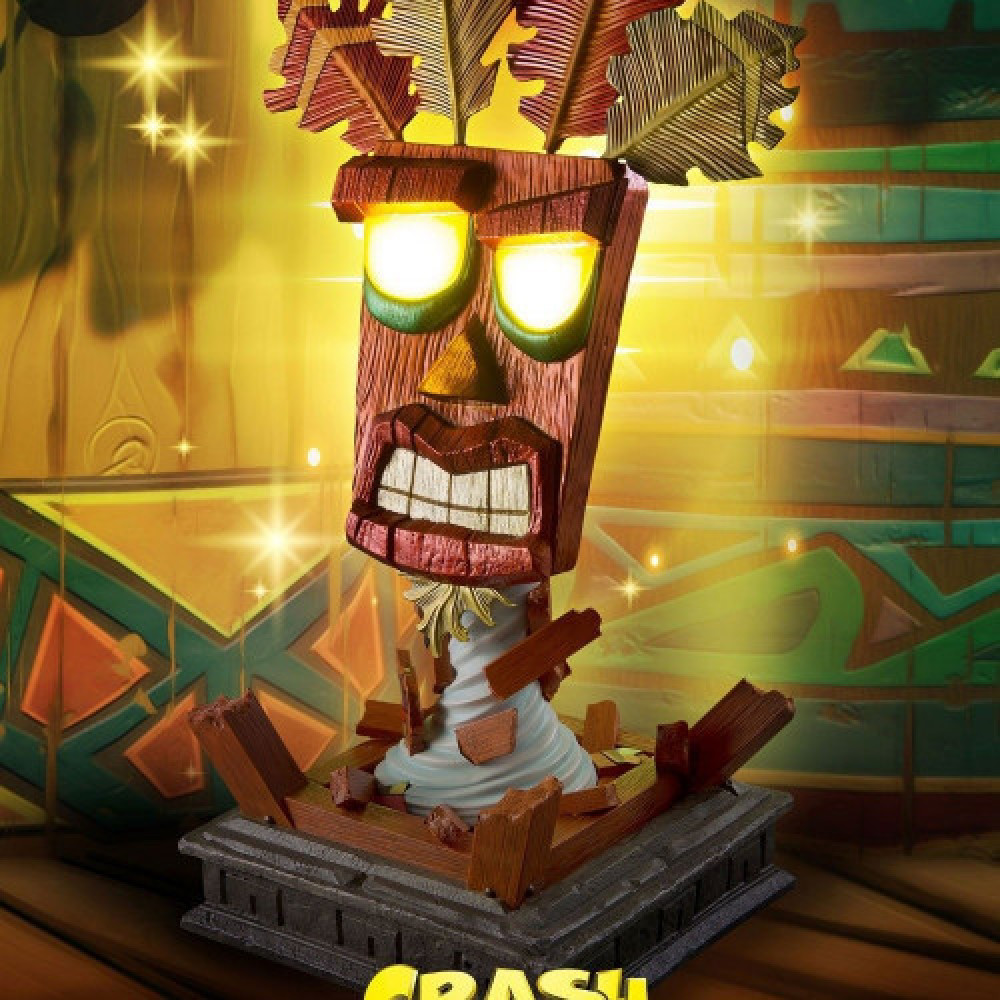 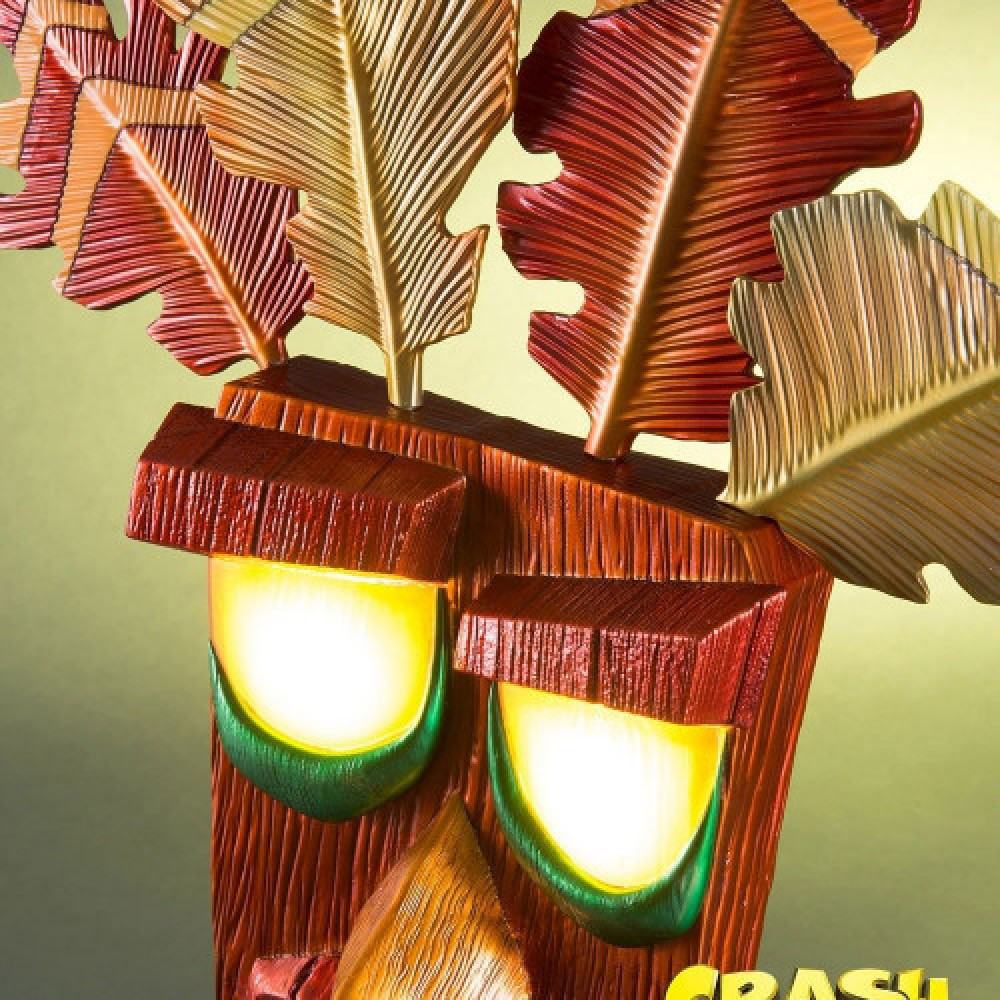 Aku Aku is an ancient benevolent witch doctor spirit who was reincarnated and is able to communicate through the aid of a special wooden mask. Throughout the Crash Bandicoot series, Aku Aku guides Crash, his sister Coco, and their friends as they defeat the forces of evil. He is also seen as a father figure to them as well.

Highly detailed base presented in the form of a broken Aku Aku Crate in which Aku Aku is released from just like in the game.